Northern Ireland is a country that is part of the United Kingdom and also cooperates with the rest of Ireland. Those born in Northern Ireland, for the most part, are entitled to UK and/or Irish citizenship pursuant to the 1998 Good Friday Agreement between the British and Irish governments. This agreement provides in part:

"It is the birthright of all the people of Northern Ireland to identify themselves and be accepted as Irish or British, or both, as they may so choose, and accordingly [the two governments] confirm that their right to hold both British and Irish citizenship is accepted by both Governments and would not be affected by any future change in the status of Northern Ireland."

Please refer to United Kingdom or Ireland for more information on citizenship in those countries. 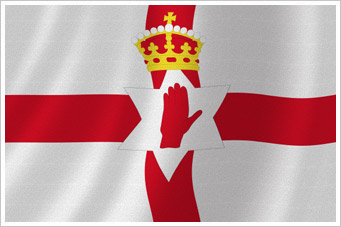