Citizenship in India is primarily based on jus sanguinis, that is, citizenship by the right of blood.

India does not allow dual citizenship, with the exception of minors who have a second nationality involuntarily (e.g. by birth). This means that a person cannot have a second country's passport and an Indian passport at the same time. However, India offers what is known as an overseas citizenship program which provides some benefits to those of Indian origin, although it is not technically a citizenship. 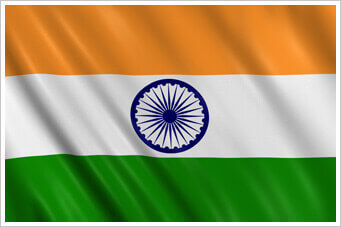 How can you acquire Indian citizenship?

Those born outside India between January 26, 1950 and December 10, 1992 are citizens by descent if their father was a citizen of India at the time of birth.

Those born outside India on or after December 10, 1992 are citizens by descent if either parent is a citizen of India at the time of birth.

For those born on or after December 3, 2004, those born outside India are not citizens unless their birth is registered at an Indian consulate within a year of the birth. The registration application requires a writing from the parents that the child does not hold the passport of another country.

were an Indian citizen on January 26, 1950 or any time thereafter, OR belonged to a territory that became part of India after August 15, 1947, OR are the child or grandchild or someone falling under the 2 categories listed above, AND were never a citizen of Bangladesh or Pakistan.

If you are eligible for and obtain OCI, you enjoy all of the rights and privileges available to non-resident Indians except for the right to invest in agriculture and plantation properties and hold public office. When traveling to India, you must carry your U.S. passport which would include the 'U' visa, a multi-purpose, multiple-entry, lifelong visa. This visa permits the OCI holder to visit India at any time for any purpose for any length of time.

OCI holders are not allowed the following:

The PIO card is valid for fifteen years and provides the following benefits:

PIO card holders are not entitled to the following:

Those falling in any of the following categories may apply for citizenship by registration: